You saw it here FIRST!

The engineering team here at Trailparts have been busy in the last 18 months, and we’re about to unveil an innovation that will revolutionize trailers. Trailer taper-roller wheel bearings come from vehicle hub designs of the 1970’s – and largely discontinued in automotive all the way back in the 1990’s. So why not in trailer?

...an all new range of trailer hubs, featuring long life sealed “unitised” wheel bearings as used in automotive applications, and developed locally. They will transform how hire and rental fleets can manage trailer servicing costs, and for trailer builders looking to stand apart from the group with a much more reliable, much safer trailer hub design.

Another example of how “We do the Business” 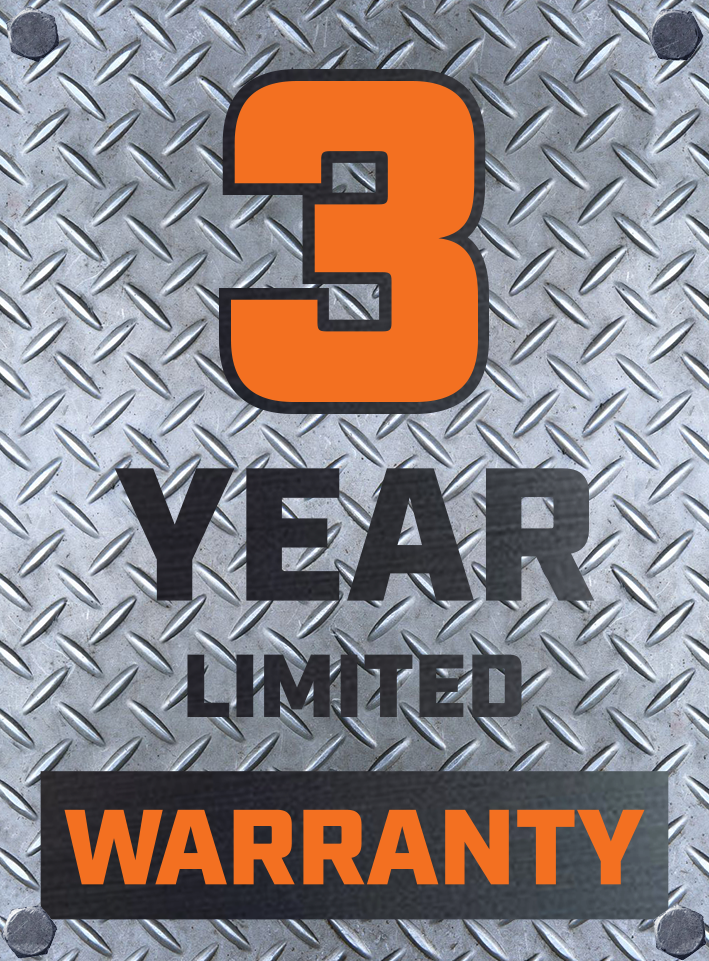 Trailparts partnered with NSK to specify the unit bearings best suited for Unihub, which in both ratings are back-to-back duplex designs with integrated seals. These feature super-finished bearing raceways and a lower coefficient of friction in operation, in turn generating less heat and leads to longer life. Bearings are also preloaded at manufacture, which means the chance of an installer causing damage through over-tightening is eliminated.

Both variants we use are a sealed-for-life design that doesn't require any maintenance. When used on Trailparts assembled axles, in conjunction with the secondary seals being fitted, carry a 3 year warranty - another NZ trailer industry first.

These use spherical ball bearings, and the design of the races angle the load towards the bearing centre line. These can bear radial and axial loads from all directions about the hub. They can also bear tilting effects, so withstand the twisting loads that non-steering wheels in sets see (tandem trailers, for example).

The two rows are angled towards the centre of the bearing in the same way as the 1.8T one, but use taper roller bearings instead of spherical ball bearings.

These have the same benefits as dual row angular contact bearings, but can carry higher loads, resist twisting even better, and are more stable under those loads.

The Unihub range was designed to be the best a trailer hub could be. So whilst all Unihub bearings have an integrated seal - and that vehicle manufacturers fit them just as they are - we went a step further. Trailparts have developed a completely new secondary seal arrangement on both sides of the hub to eliminate dust and water ingress. 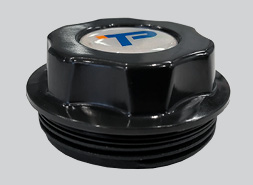 We engineered an all-new grease cap, so that we could integrate a secondary O-Ring seal. This important feature keeps contaminants out. It also makes fitting and replacing easy as they do not risk damage during removal. These new threaded caps are less prone to being knocked off during use than the pressed steel caps commonly found on trailers. 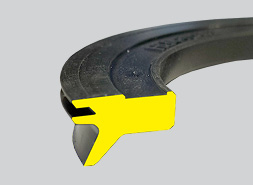 Marine seals are already widely used on trailers. We have re-engineered these to fit internally, while still having the triple-lipped characteristics that make them so good at resisting the ingress of contaminants.

These seals resist the ingress of water, meaning they are the perfect choice for boat trailers.

Unit bearing design requires that hub and rims be engineered to be used together. An early decision we made was to design the Unihub range around the trailer wheels that are common in the NZ marketplace.

These are very cost-effective and widely available, and also means trailers can re-use these wheels when upgrading to Unihub. This is in contrast to EU/UK trailers and components, which use notoriously expensive wheels that are not easy to locate at short notice, when you need them.

For those looking for ways to make their trailer stand out... Trailparts own, high strength ‘Kantana’ alloy wheel design has been tweaked, allowing it to fit the spigot size used with Unihub. Available in 3 colour styles. 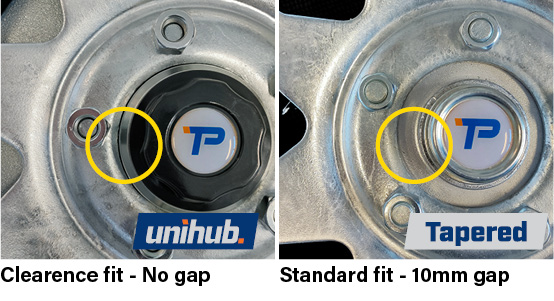 Wheels and hubs are always spigot mounted in automotive applications. However, the organic way trailer hub and wheel combinations have become mainstream, meant this important safety feature has been ignored. 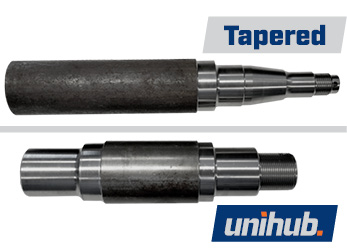 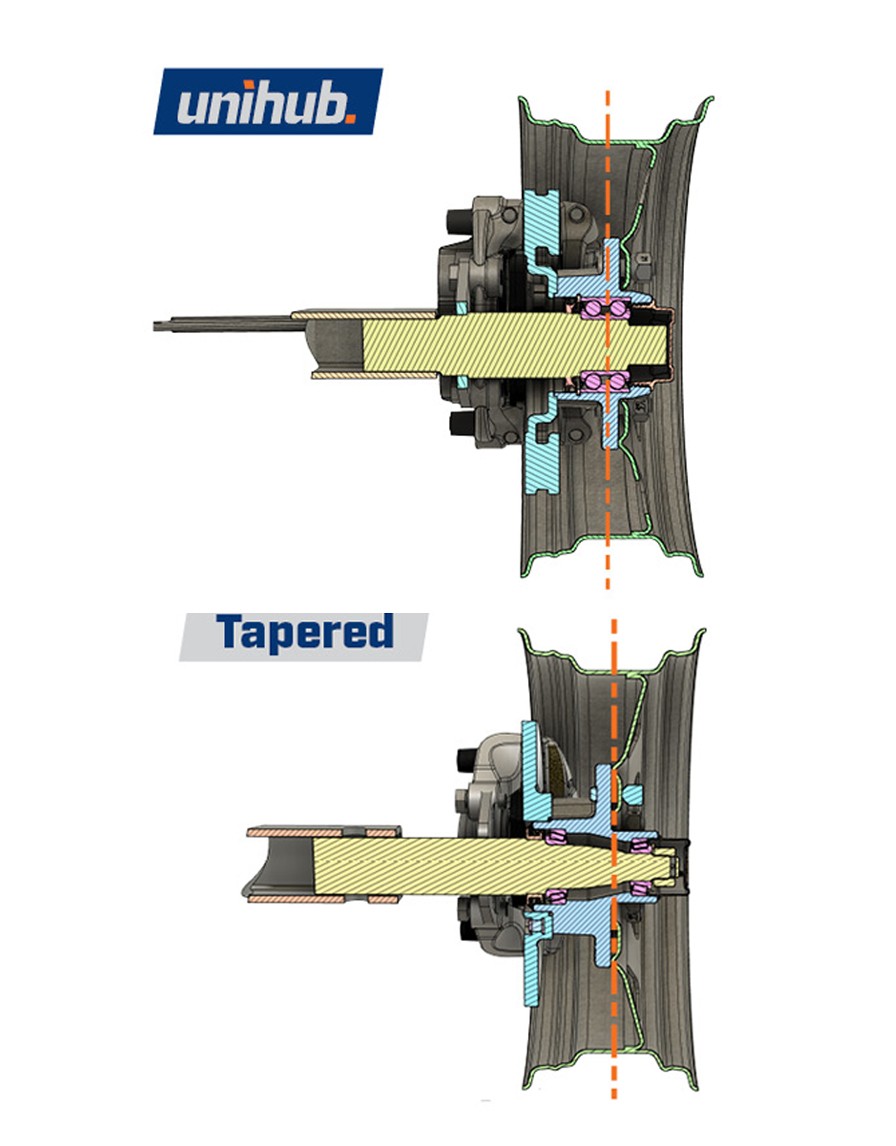 Current common trailer hub designs with taper roller bearings were never originally designed to be used with the centred style rims they are commonly paired with. They disproportionately load the smaller outer bearing with 65% on the axial load, which can (and often does) lead to bearing failure. Along with this, the stub axles see loads further out the shaft where they are far narrower/weaker, which can (and often does) lead to bent and/or broken stub axles.

By contrast, Unihub’s entire wheel-end design (wheel, hub, stub axle and bearing) is optimized to ensure that axial and radial loads are always carried exactly where you want it to be - directly through the bearing centre, on the meaty part of the stub axle.

These shorter and thicker shafts with an engineering-led approach means safety margins with Unihub are massively increased - the 1.8T combination having a peak load safety factor of 4.8x, and 5.6x on the 3.0T hub. The Unihub is able to withstand bending loads for far longer.

Unihub has been made compatible with all of the below trailer configurations. Light or Heavy, Drum, Disc or Non-braked. Trailparts have the gear to get you on the road.

The Unihub range comprises these combinations;

Note: All hubs rated in pairs ie per axle 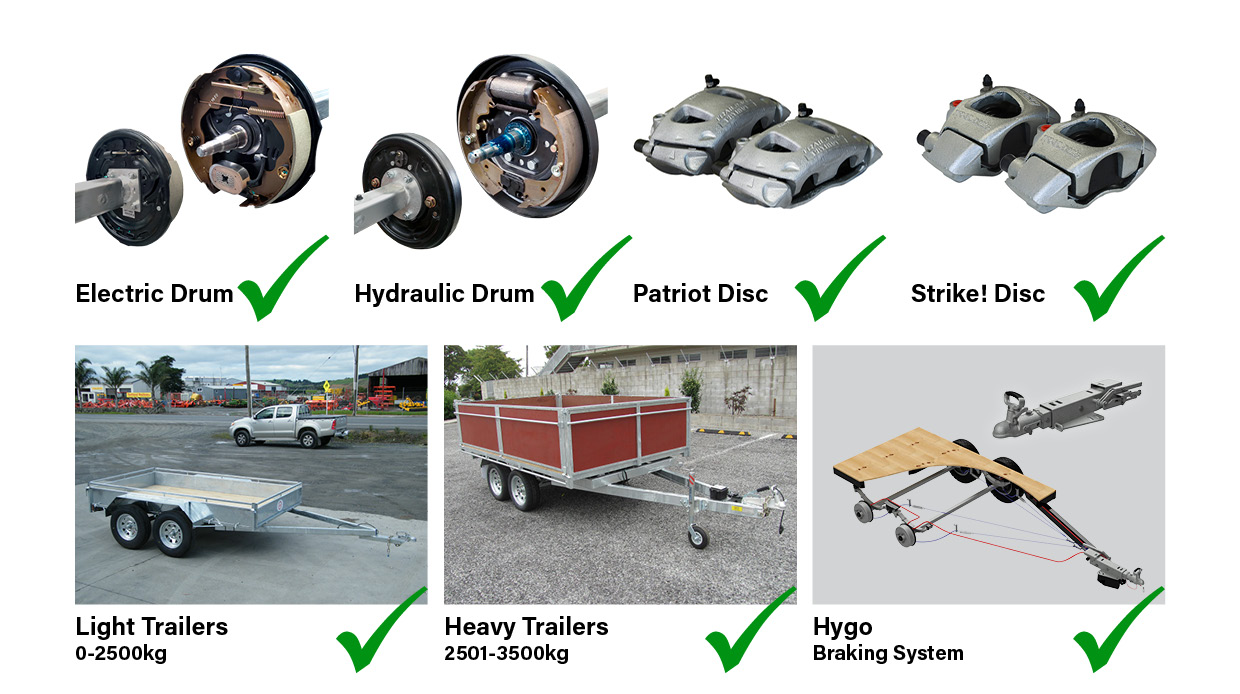